20 March 2021 –MICD is starting a new project where ‘connected’ cars detect cyclists in collaboration with Do IoT Fieldlab. Traffic lights can be better controlled with the gathered information. The project will run until May 2023. 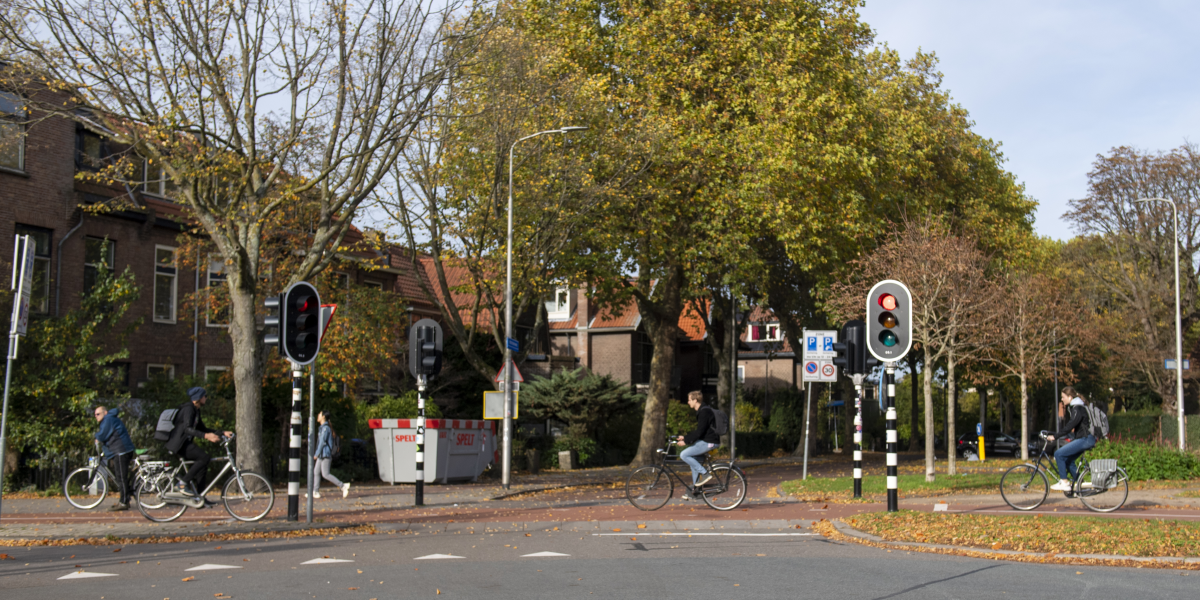 At present, we mainly detect cyclists with loops in the road or smart cameras. As a result, the picture of bicycle traffic is limited to the locations of those loops or cameras. The aim of the new Connected vehicles & smart intersections project is to supplement that picture with data from passing cars. Indeed, many modern cars are equipped with cameras and other sensors that detect and recognise fellow road users, including cyclists. Since smart cars are also capable of communicating with roadside systems, those detections can be shared with, for example, traffic lights from an intersection further down the road.

In the new project, MICD and the Do IoT Fieldlab together with researchers from the Department of Transport & Planning in the Faculty of Civil Engineering and Geosciences will investigate how that vehicle data can be used to further paint a picture of bicycle traffic and how that also allows traffic lights to be better adjusted to cyclists.