‘Connected’ vehicles and traffic systems can help make traffic greener, safer and more efficient by intelligently exchanging data. For the Do IoT Fieldlab project, MICD is working on an interesting use case: having connected cars detect cyclists and help make intersections more bicycle-friendly. 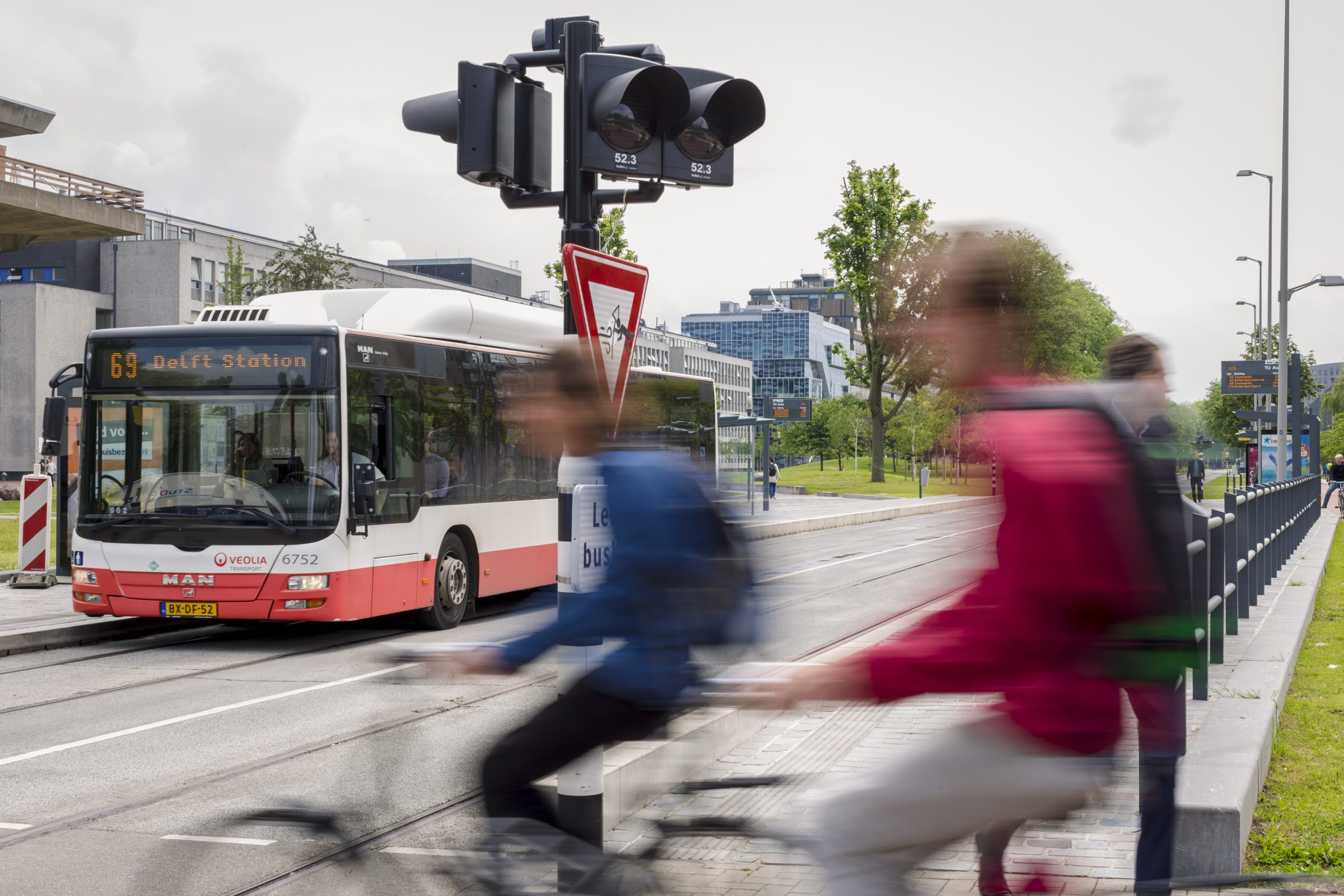 Good traffic control software – the software that controls the traffic lights at an intersection – is a prerequisite for good traffic flow. At the same time, good software can only do its job if it has access to the right traffic data. We usually have a pretty good idea of car traffic, but bicycle traffic is monitored less closely. So how valuable would it be to harness cars to detect cyclists?

The car as a sensor

Modern cars are equipped with a wide range of cameras and sensors that they use to ‘scan’ and interpret their immediate surroundings, which means they’re perfectly capable of recognising, for example, cyclists on the cycling path next to the road. If they were to share this data with the traffic control software used to monitor intersections, this software would also be able to locate and count cyclists, and optimise the control system accordingly.

TU Delft researchers and MICD are working on this innovative concept as part of DO IoT Fieldlab’s Connected Vehicles & Smart Intersection Control project. As a project, it is rather complex. How do you translate the data collected by cars into useful information about the cyclists’ speed and expected time of arrival at the intersection? How do you integrate vehicle data with data from ‘regular’ data sources, such as loops in the cycle path and push buttons at traffic lights? And how does the data from the vehicles actually get to the traffic systems? What can be processed locally? And what data should be sent to the cloud with a view to the computing power needed? How can you keep this process privacy-proof and secure? Once these questions have been answered, the challenge of using the input to actually serve cyclists remains. What approach would fit best? How do you strike a balance between helping out cyclists and keeping inconvenience for other traffic down to a minimum?

At first, the researchers will attempt to answer these questions by running simulations, before ultimately testing the concept in real life at several Delft intersections.

The potential outcome is promising to say the least. Earlier studies by TU Delft’s Transport & Planning department showed that making traffic systems bicycle-friendly can cut stops for cyclists by 65%, without causing too much inconvenience to car traffic. This will make cycling a much more attractive and easier option – making bicycles an even more viable alternative to cars.